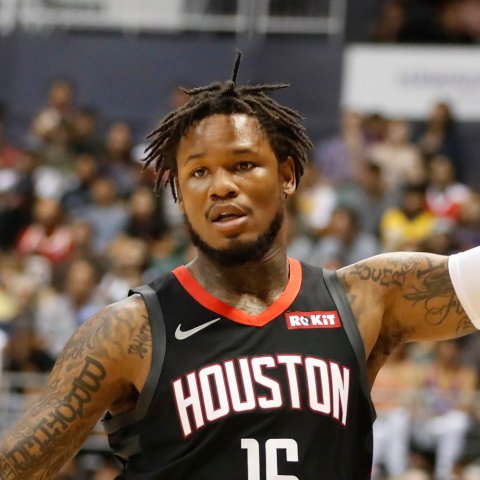 Ben McLemore (ankle) ruled out for Rockets versus Hawks

Houston Rockets shooting guard Ben McLemore (left ankle sprain) has been ruled out for Tuesday's game versus the Atlanta Hawks.

The Rockets have the exact minimum of eight available players on Tuesday. Anthony Lamb made his NBA debut three games ago and is averaging 18.7 minutes out of necessity. He should remain more involved on Tuesday and KJ Martin should also continue to play an expanded offensive role.

Martin is numberFire's second-best overall value on Tuesday's seven-game slate. He has a salary of $3,500 and is projected for 27.8 FanDuel points. Per our NBA Heat Map, the Rockets have the fourth-lowest implied total (108.3 points) among the 14 teams in action.