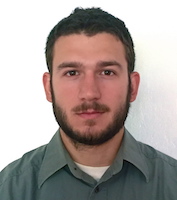 Nathaniel Josephs Mar 2nd, 2017
Share on Facebook Share on Twitter
The time for March Madness is finally here, but there are a handful of NBA draft hopefuls that may not get to experience it this season.

March is finally here, which means the madness is right around the corner. But for the second consecutive season, the consensus top overall pick in June's NBA Draft will be absent.

If mock drafts are projecting correctly, Markelle Fultz will join Ben Simmons, Mychal Thompson, Doug Collins, and Walt Bellamy as the only first overall picks who played college basketball but did not lead their teams to the Big Dance. Other notable lottery picks and recent All-Stars who shared a similar collegiate fate include Damian Lillard, Klay Thompson, Paul George, and Chris Bosh.

While we cannot say definitively who will miss the NCAA tournament this year, we can see which top NBA prospects could be watching the craziness from their dorm room by combining numberFire's Tournament Odds with the DraftExpress Top 100.

Some teams are sitting on the bubble, but others never had a chance, meaning these next two weeks could be your final opportunity to see a future NBA All-Star play in college.

Teams like UCLA, Kansas, Duke, and Kentucky will still showcase plenty of NBA talent late in March, but here, we’ll take a look at the 10 best prospects who have lower than a 25% chance of making the tournament.