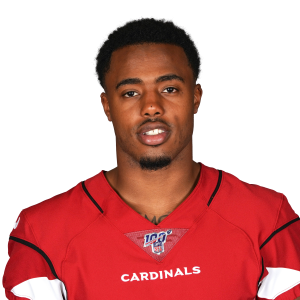 The Cardinals didn't spend any of their picks on a wideout in this year's deep draft class. "We liked a lot of the receivers in the draft," Kingsbury said, "but we also like the guys we took last year." He conveniently didn't mention that the Cardinals traded a second-round pick for DeAndre Hopkins. Butler missed all of 2019 with a finger injury while Isabella and Johnson both failed to crack 200 receiving yards.

Johnson actually had the fifth-most targets (42) on the Cardinals last season, but he averaged just 4.5 yards per target. That was second-worst out of the 99 receivers with at least 40 targets last year. Isabella caught 9 passes on 13 targets and accounted for 46.6 percent of his receiving total on a single 88-yard touchdown in Week 9.