According to Ian Rapoport, the Green Packers are finalizing a deal with linebacker Jaylon Smith on Wednesday.

Smith's signing will become official on Thursday after the Cowboys released their former first round pick earlier this week. According to NFL.com, "the Packers will look to Smith to start immediately in a defense" that was looking to bolster their linebacking group.

On 149 defensive snaps this season, the 26-year old has produced 16 tackles, two pressures, and seven stops. 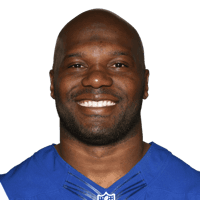