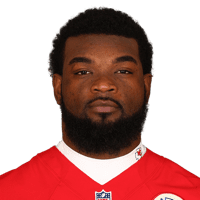 Atlanta Falcons running back Damien Williams (ribs) will not play in Week Two's contest against the Los Angeles Rams.

Williams will sit out on Sunday after missing most of Week One's game with a ribs injury. Expect Cordarrelle Patterson to play a feature role versus a Rams' defense rated 29th by numberFire's power rankings.