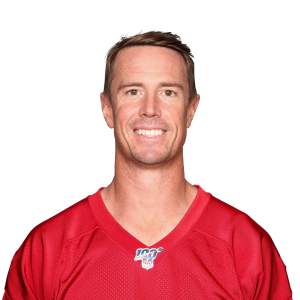 Ryan suffered a shoulder sprain in the Colts' loss to the Tennessee Titans in Week 7 and will miss the team's Week 8 tilt with the Commanders, leaving Sam Ehlinger to make his first career start at the quarterback position. Ryan has not lived up to the offseason hype that developed in Indianapolis after the team traded for him, and his poor play has been a big part of the team's mediocre start. The belief is that Ehlinger will be the starting quarterback for the remainder of the season, while Nick Foles operates as the primary backup.

Ryan's 2,008 passing yards rank fourth in the league as of Week 7, but he has ranked dead last in the league in average depth of target on his 297 attempts (which rank second in the league). The veteran's time as a starter in the league may be coming to an end, as rumors swirl about how much he has left in the tank.