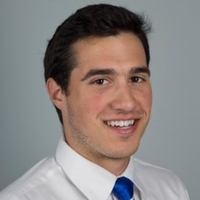 Joseph Nammour  —  @jnammour24 Jan 17th, 2017
Share on Facebook Share on Twitter
Kansas City locked up Duffy, their homegrown hurler, a year prior to him hitting free agency. In doing so, they may have gotten an ace while paying for a back-of-the-rotation arm.

On Monday, the Kansas City Royals agreed to a five-year, $65 million contract with left-hander Danny Duffy, who is now under team control through his age-32 season in 2021.

Across the board, Duffy had a breakout campaign in 2016 -- including one of the best-pitched games of the year -- but it's not like the Royals are buying high. There's every reason to believe Duffy can do it again in 2017, and if he does, the Royals didn't just sign an ace at a discount, they may have gotten one of baseball's best pitchers at a massive bargain.

Those numbers look good, and Duffy's advanced metrics -- like Fielding Independent Pitching (FIP) and SIERA -- indicate his performance was just about as sharp as it seemed. Duffy posted a 3.83 FIP and 3.53 SIERA, and he was worth 2.8 fWAR, according to FanGraphs.

It was by far the best season of his career, and it's a huge jump up from his numbers since 2014, his first full season after his 2012 Tommy John surgery.

Duffy's SIERA ranked 10th among all qualified starters last season, while his strikeout rate was 12th and the walk rate was 14th. He was one of the best pitchers in baseball -- there's no way around it.

He moved into the rotation in May and was superb until the month of September. Kansas City went 17-9 in his 26 starts, and he won 10 straight decisions from June 11th to August 21st. Prior to the rough closing stretch (he had 5.50 ERA in September and October), Duffy had an ERA of 2.99 as a starter, but the late-season burnout was understandable for a pitcher who set a career high -- by 30 frames -- in innings pitched.

Let's compare Duffy's 2016 season to the starting pitchers who received the three biggest contracts in free agency this offseason.

Rich Hill's resurgence is astounding, but other than his curious case, this year's crop of free-agent starting pitchers wasn't very good. Although Ivan Nova underwent a bit of a renaissance upon being traded to the Pittsburgh Pirates, his overall numbers leave a lot to be desired, and Edinson Volquez had one of the worst seasons of his career.

Hill was a beast, but Duffy is eight years younger than Hill.

Going back to the 2015 free-agent class of pitchers, John Lackey got $16 million per season over two years. No offense to Lackey, who is a quality pitcher, but he was 37 upon inking that deal; Duffy is entering his age-28 campaign. With how much quality starting pitchers command, if Duffy had another big year in 2017, he probably could've pushed for a lot more than $13 million per season if he hit the open market.

Since his Tommy John surgery in 2012, the Royals have shifted Duffy back and forth between the rotation and the bullpen to limit his innings and protect him from further injury. He flashed big-time upside and ace-like stuff last season, and he's now under team control at an affordable price through his age-32 campaign.

Duffy will headline a rotation consisting of Yordano Ventura, Ian Kennedy, Jason Vargas, Nate Karns, and potentially Mike Minor. This deal -- like any for a pitcher -- isn't without its risks since he's never thrown 200 innings in a season and has already gone under the knife once with a serious arm injury.

With that said, he's shown the upside to be a dominant ace. Duffy was slated to become a free agent after this season, but this extension takes him off the market a year early, giving the Royals a front-end starter -- and possibly one of the game's best pitchers -- at a great price.