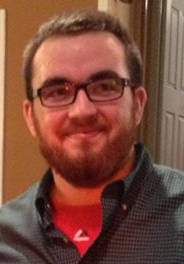 Chris Tredeau  —  @christredeau Jan 20th, 2017
Share on Facebook Share on Twitter
Everyone knows who the stud starting pitchers are, but these five hurlers can provide value to your fantasy baseball team late in drafts.

Whether it's due to injury or underperformance, some early-round draft picks for your fantasy baseball team just aren't going to work out.

Pitching is notoriously volatile, so finding quality depth in the middle and late rounds is crucial. Here are five starting pitchers that could pay major dividends despite having an average draft position (ADP) outside the top 200, per NFBC.

Despite enjoying the best season of his young career in 2016, James Paxton still currently falls outside the top 200. A major change in his game from 2015 to 2016 was his pitch selection -- he featured his cut fastball much more, while pulling back on his fastball and changeup.

The results speak for themselves: he posted a 3.79 ERA to go along with a 2.80 Fielding Independent Pitching (FIP), 117 strikeouts and a 4.88 strikeout-to-walk ratio (K/BB) in a career-high 121 innings pitched. And with a .347 BABIP against him, one could argue he was even a little unlucky.

Paxton's main issue is staying healthy -- he's only started 46 games over the last three seasons. If he can put it (and keep it) all together, the southpaw provides a ton of value given his current ADP.

In moving from a current Seattle Mariners pitcher to a former one, we get the first example of how much a change of scenery can impact someone. Michael Pineda was highly regarded upon debuting for Seattle in 2011, but it took a trade to the New York Yankees and then a few years for him to really pay dividends.

His 4.82 ERA last season wasn't pretty, but his 3.79 FIP paints a much brighter picture. He also finished 11th in the league in strikeouts (207) and fifth in strikeouts per nine innings (10.9), which brings an awful lot of value to fantasy baseball owners.

Like Paxton, Pineda showed a noticeable change in pitch selection.

FanGraphs tells us that his slider is slightly slower than his changeup, which might have provided some added deception in his offerings. If he continues this trajectory, Pineda would easily outperform his ADP and help someone win a fantasy championship this season.

Collin McHugh came into the league quietly, but has cemented himself in the Houston Astros rotation behind Dallas Keuchel with three consecutive 3.0-plus fWAR performances.

The 2016 season was technically his worst since joining Houston, but he continued to be a reliable source of innings (184.2 innings pitched) and strikeouts (8.63 K/9), which are obviously valuable for fantasy purposes. He did surrender 25 home runs and settled in with a 4.34 ERA, but a 3.95 FIP and 4.02 SIERA don't show a huge difference between 2016 and how he produced between 2014-15.

Last August, Ivan Nova joined a long list of pitchers who have rejuvenated their respective careers with the Pittsburgh Pirates. His numbers from before getting traded by the Yankees and after getting dealt look like they're from two different people.

This is obviously a small sample size and there could be some regression with regard to his control since this is not at all in line with what he's done previously in his career, but this will be his environment moving forward. Manager Clint Hurdle is a master at getting the most out of his guys and pitching coach Ray Searage has worked similar magic in previous years with pitchers like A.J. Burnett, Edinson Volquez and the guy below him on this list.

After getting his career back on track with Pittsburgh in 2013, it seems a little ironic that Francisco Liriano had to leave the Pirates in 2016 for his numbers to ultimately improve. However, similar to Nova, Liriano's midseason trade to the Toronto Blue Jays saved his season.

It's possible he was rejuvenated by being dropped into a playoff race, or the familiarity of once again having Russell Martin as his battery-mate. Even though he did struggle at times in 2016, there's no doubt fantasy owners were frustrated about him, despite the southpaw not actually having control over certain things.

He was in line for a victory five different times upon leaving a game last year without actually getting a win (tied for seventh-most in MLB) and also earned four losses despite tossing quality starts (both via Baseball Reference). He still walks hitters at a higher clip than we'd like, but in a contract year, Liriano is looking to bounce back, and fantasy baseball owners could take advantage of that at the very end of their respective drafts.