Can Byung-Ho Park Resurrect His Career? 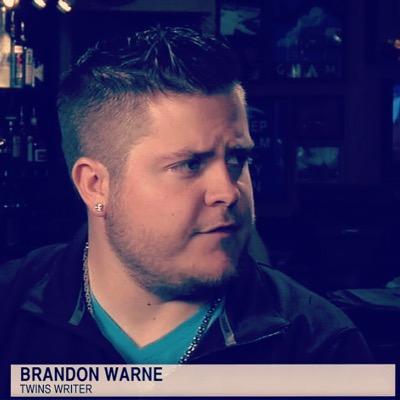 Brandon Warne  —  @Brandon_Warne Feb 8th, 2017
Share on Facebook Share on Twitter
Park was designated for assignment, leaving his future with the Minnesota Twins in doubt. What does he need to do to recover from a disappointing 2016 season?

The Minnesota Twins made an unsurprising move late last week when they signed dependable veteran right-handed reliever Matt Belisle to a one-year contract. The surprise came when the team announced that the corresponding move on the 40-man roster was to designate Byung-Ho Park for assignment.

That left the team with 10 days to trade or release Park, with the option to run him through waivers during the 10 days for the purpose of outrighting him to Triple-A Rochester. Since Park doesnâ€™t have the requisite service time -- three years to forego his salary, five years to have it guaranteed -- or a previous outright on his record, heâ€™ll have no choice but to accept the assignment if he clears waivers.

Basically, the Twins decided they donâ€™t have a problem with keeping Park around, but if some team is willing to take his entire contract, they wonâ€™t get in the way of it.

Hurt by the Market

Itâ€™s an interesting proposition and most likely a calculated one by Twins bosses Derek Falvey and Thad Levine. Park is owed $2.75 million in 2017 and $3 million in each of the next two years thereafter, with a $6.5 million team option in 2020 -- his age-33 season -- that comes with a $500,000 buyout. Thatâ€™s a guarantee of $9.25 million left to Park from the Twins -- or a claiming team -- but it comes at a strange time in the finances of the game.

Chris Carter signed with the New York Yankees -- a team with no obvious need or fit, necessarily -- on Tuesday for just $3.5 million plus incentives based on plate appearances. Earlier in the day, a similar hitter in Mike Napoli agreed to a deal with the Texas Rangers. Finances werenâ€™t immediately available and the deal may take a week to formalize due to 40-man implications, but according to Jim Bowden of ESPN.com it appears to be an $8.5 million deal with incentives and a team option for 2018.

Both of these hitters are of the ilk that one would hope Park could reach -- that is, with immense power but still decent offensive prowess in spite of high strikeout numbers. Napoli faded hard down the stretch with the Cleveland Indians, which probably led to his diminished market. Over the final six weeks, spanning 41 games, Napoli hit just .160/.291/.278 for the Indians, which dropped his season OPS from .881 to an even .800 as the regular season came to a close. In 10 of his final 12 games last season, Napoli went hitless. It wasnâ€™t pretty.

Ultimately though, what may be of interest here is that despite the modest sums they signed for, Carter and Napoli being snapped up while Park is still in designated-for-assignment limbo might mean that a team could jump in the ring for his services if they missed out on one of the other two.

One need not look to far to find a club who might be interested in Parkâ€™s services, as the Twinsâ€™ divisional foes the Chicago White Sox have a hole at designated hitter (DH). As of right now, MLB.com has Matt Davidson (89 career plate appearances) penciled in as the teamâ€™s DH, backed up by Avisail Garcia (.695 career OPS), who is starting in right field.

Now itâ€™s unclear, but it looks like the MLB depth charts donâ€™t use players who arenâ€™t on the 40-man roster, which means candidates like Cody Asche (.684 career OPS) could also be in the mix, but none these players donâ€™t have the same offensive potential as Park, or at least not what he showed early with the Twins last season.

With the Red Wings, Park hit .224/.297/.526 with 10 home runs in 31 games before he was shut down for the rest of the season with wrist and hand issues which required surgery.

â€œItâ€™s been bothering me,â€ Park told Mike Berardino of the St. Paul Pioneer Press in late August before having surgery. â€œNot seriously, but the pain has been there time to time.â€

It's possible the injury was a big reason for the downturn in Parkâ€™s production. While that canâ€™t be immediately ruled out, itâ€™s also worth noting that even when Park was at his best in that early stretch, he was still striking out 28.7 percent of the time. During his aforementioned downturn, that rate jumped to 35.3 percent. Again, an injury canâ€™t be ruled out, but neither can pitchers adjusting to Park, with him failing to do the same back.

One of the chief concerns with Park coming over from the Korean Baseball Organization was that he may not have been subjected to the high-end velocity that can be seen over here in the United States -- particularly in the later innings.

Part of that can be sussed out by checking the splits page for Park on BaseballReference.com. There, we can break down Parkâ€™s plate appearances into those against â€œpowerâ€ pitchers, â€œfinesseâ€ pitchers and then a common middle ground called â€œaverage P/F.â€ The divider between these classifications are top, middle and bottom third of strikeouts plus walks over the previous and next three years, when available. (So a split in 1997 would include the years 1994 to 2000.)

While imperfect, it does give a pretty good glimpse into how/why Park struggled.

Thatâ€™s pretty striking, and it's a pretty big indictment on Parkâ€™s ability to make adjustments, albeit in relatively small sample sizes.

Another thing we can do is go to Baseball Savant and get a PITCHf/x breakdown of how Park fared against pitches of a certain speed. Thereâ€™s more than one way to skin a cat, but with a few clicks, we should be able to find about where Parkâ€™s breaking point was last season, velocity-wise.

Hereâ€™s a look at Parkâ€™s batting average and slugging percentages on pitches at these velocities and higher.

Yikes. We probably donâ€™t need to go any further here. Parkâ€™s only hit on a pitch over 95 MPH as a big leaguer was a home run against Michael Pineda on June 18th. That stands to reason, then, that he hit just .050 (1-for-20) with a .200 slugging percentage (in other words, four times the batting average). Seven of those plate appearances (35 percent) ended in strikeouts.

Thatâ€™s pretty stark, and it's pretty clear that just throwing league-average fastballs will be enough to get Park out.

Now again, we canâ€™t be completely sure that Park was healthy all season to validate these results. Maybe just 244 plate appearances isnâ€™t enough to legitimize our concerns here, but it doesnâ€™t look good for a 30-year-old power guy to not be able to catch up to league-average fastballs.

This may just be a sunk cost for the Twins unless another team makes a claim. If he ends up in Rochester, Park is going to have to improve his performance against heaters if he wants to get back to the Twin Cities.