Fantasy Baseball: How Do We Handle David Price? 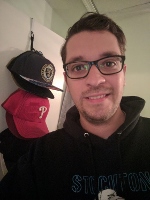 After the 2015 season, the Boston Red Sox made David Price the highest-paid pitcher in MLB history by signing him to a seven-year deal worth $217 million. The 2012 Cy Young winner was expected to lead the starting rotation and be an ace they could rely on every five days. Unfortunately, that was not the case during his first year in Beantown.

His 3.99 ERA was the highest since his rookie season, and while that number isn't terrible, it's not one we're accustomed to seeing from the left-hander -- he entered last year with a career 3.09 ERA.

We knew that moving to Boston and the confines of Fenway Park could have a negative impact on his numbers, but this is a pitcher who's been a perennial ace while frequently finding himself in the Cy Young conversation every year. And just when he could start mounting a comeback season of sorts, injury concerns with regard to his elbow have popped up, which will likely delay the start of his 2017 campaign.

With all this in mind, how are we supposed to handle him for our fantasy baseball teams?

Allowing homers was a huge problem for Price last season. He gave up a career-high 30 dingers, which led to a homer-per-nine-inning rate of 1.17 (highest since his rookie season).

His homer-to-fly-ball ratio (HR/FB%) checked in at 13.5%, which actually ended up being the highest of his career by a significant margin. While 17 of those 30 bombs came in Boston, we can't just blame this spike on Fenway Park. Price also surrendered a hard-hit rate (Hard%) of 34.8%.

As you can see below, his HR/FB% and Hard% are clear outliers when looking at his career as a whole.

With these numbers in mind, it shouldn't be shocking to see that the .310 BABIP he allowed was also the worst of his career.

What caused hitters to square to square up Price's offerings better in 2016 than ever before?

One glaring issue the southpaw dealt with last year was the drop in average fastball velocity.

Price posted the lowest average velocity on his fastball since, you guessed it, his rookie season, clocking it in at an average of 92.9 miles per hour. This was down overall, but it was especially down compared to what he did in 2015 when he averaged 94.0 mph with his four-seamer.

While he always had a mid-90s fastball throughout his career, it was already concerning to think he's losing some of that zip in his age-30 season. The injury news focusing on his elbow during spring training only makes things more difficult as he prepares to enter his age-31 campaign.

Once healthy, Price will be looking to rebound from a disappointing 2016 with Boston, but he won't even get a chance to start doing that until May.

Our projections have him regressing back toward his career ERA by posting a 3.42 mark, but in only about 168 innings and 168 strikeouts. His durability is part of what makes Price so valuable -- he's thrown 200-plus innings six times in the last seven seasons, and the one time he didn't reach that mark, he threw 186.2 frames.

The lack of innings raises a pretty big red flag that needs to be considered on draft day because it limits his season-long upside. When we combine his injury concerns and some eye-opening trends from last year, he's worth passing on for someone with a more definite immediate future, even with his dropping average draft position (130.5 on ESPN). Due to his track record, he's worth considering if his stock keeps dropping, but the risk should be minimal given the other options that may be available.