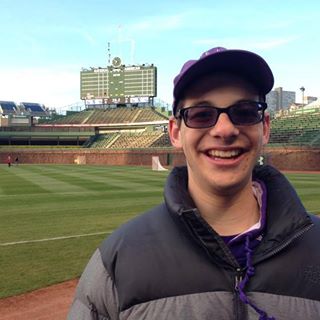 Did the trade make sense for both sides, or was one side clearly the victor?

Why the Cardinals Needed Jason Heyward

Unfortunately, Oscar Taverasâ€™ tragic death was the main reason why St. Louis needed an outfielder. Taveras was slotted to start in the Cardinal outfield next season, along with veteran Matt Holliday and prospect Randal Grichuk. Holliday seems entrenched in left, and Grichuk is listed as the teamâ€™s starter in right field.

Does this mean Heyward is heading to center?

Regardless of where he plays in the outfield, Heyward gives St. Louis additional offensive firepower. His .329 weighted on base average (wOBA) far exceeds that of Peter Bourjos (.287) and comes close to Jon Jayâ€™s .336 wOBA. The newly-acquired Heyward has better plate discipline than Jay, walking 11.2% of the time in his career (Jay has a 6.8% career walk rate). Heywardâ€™s career isolated power (.167) is significantly better than Jayâ€™s (.102). Financially, St. Louis controls Heyward for only the 2015 season, which is not a huge concern because the Cardinals have outfield prospect (and former Stanford star) Stephen Piscotty (.761 OPS in 500 AAA at-bats last season) waiting in the wings.

Why the Braves Traded Heyward

Basically, Hewyardâ€™s trade provides a solution to Atlantaâ€™s Evan Gattis saga. Gattis is cheaper than Heyward and is under Atlanta control until 2019. So far, heâ€™s produced a similar wOBA (.341) and a much higher isolated power (.234) than Heyward, albeit with a zillion more strikeouts. Atlantaâ€™s biggest issue with the man known as â€œEl Oso Blancoâ€ is his defense. He cost the Braves four defensive runs in 799 innings behind the plate last season, and fared even worse in the outfield (-10 DRS in 342 adventurous innings in left field).

Atlanta thinks Gattis could improve in left field and become an average defender there, and moving Heyward opens up a spot for Gattis to play every day without hurting the team too much defensively. Moving Gattis into the field opens a spot behind the plate for prospect Christian Bethancourt, a catcher under team control until 2021 who sported a .283 average in 343 AAA at-bats last year. Bethancourt also caught 261 innings for the Braves last year, costing the Braves one defensive run.

Why the Braves Needed Shelby Miller

Atlantaâ€™s rotation is a mess at the moment, behind ace Julio Teheran. Aaron Harang and Ervin Santana are free agents, Kris Medlen and Brandon Beachy both missed all of last season rehabbing from Tommy John surgery, and Mike Minor missed the first half of 2014 with a shoulder injury before returning and posting a career-high 4.39 FIP in 145 innings.

Enter Miller, who provides insurance against losing either Harang or Santana in free agency, which Atlanta desperately needs considering the health (or un-health) of the rest of their rotation. Miller, who is under team control until 2019, took a huge step backwards in 2014, posting a FIP of 4.54 after finishing third in the 2013 rookie of the year voting. Control problems played a key role in Millerâ€™s decline; he walked 73 last season after allowing only 57 free passes his rookie year. That being said, Atlanta sees the potential for improvement in Miller. The cupboard isnâ€™t bare (he recorded 13.3 wins on his fastball last season, 13th in the majors), and if Miller does improve, he will be an Atlanta asset for years to come.

Why the Cardinals Traded Miller

Itâ€™s St. Louis. The Cardinal farm system is overflowing with potential starters. Michael Wacha is due back to the starting rotation after an injury-plagued 2014, John Lackey is under team control for another year, and Carlos Martinez and Marco Gonzales are waiting for an opportunity to start every fifth day. Martinez made a name for himself as a starter in the minors. In 16 minor-league starts in 2013, Martinez posted a 2.49 ERA, a 1.17 WHIP, and 8 strikeouts per nine innings. If those numbers arenâ€™t enticing enough, Gonzales dropped a 2.43 ERA in 21 minor league starts last season, along with a 1.12 WHIP and 8.6 strikeouts per nine. The odds are that one of these youngsters can replace (and probably outperform) Miller in 2015.

Why the Cardinals Needed Jordan Walden

If theyâ€™re going to move one of their key relievers at the big league level into the rotation, St. Louis needs a replacement. Walden appeared in 58 games for the Braves last season, recording a 2.79 FIP, 1.2 WHIP, and 11.2 strikeouts per nine. He is under St. Louis control until 2017.

Why the Braves Traded Walden

Atlanta flipped reserve infielder Tommy La Stella to the Cubs yesterday for relief prospect Arodys Vizcaino. Vizcaino is under team control until 2019, slots in immediately as Atlantaâ€™s fourth-best prospect according to MLB.com. Vizcaino returns to Atlanta after the Braves flipped him to the North side in a deadline deal for Paul Maholm a couple years ago, and Atlanta appears ready to hand him Waldenâ€™s innings.

Itâ€™s not clear right away who won this trade. St. Louis appears to have gotten better immediately by acquiring Heyward and opening a rotation spot for a young gun, while Atlanta got younger and saved money, which are not easy tasks with two Uptons on the roster.