Who Should Make Baseball's Hall of Fame in 2016? 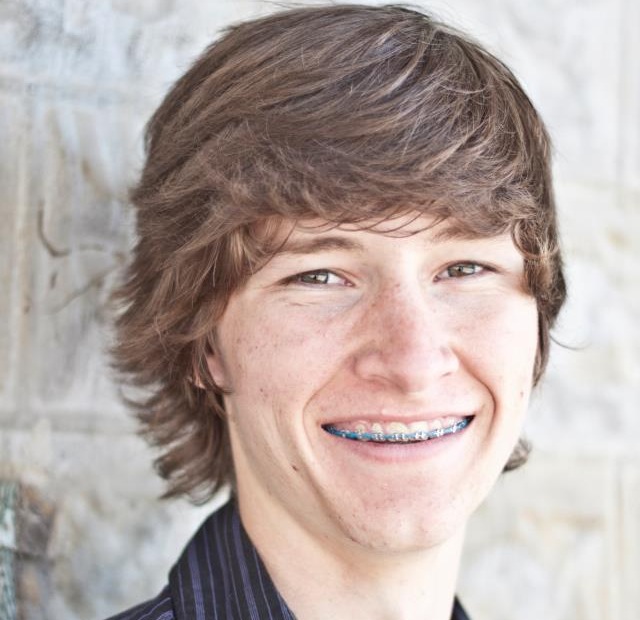 2015 proved to be one of Major League Baseballâ€™s most talked about Hall of Fame classes. The potential class consisted of two no-doubt Hall of Famers in Randy Johnson and Pedro Martinez, and a seemingly endless bunch of fringe guys. With four players getting in for the first time since 1969, the talent level of this bunch is nothing to sneeze at.

With Ken Griffey Jr., Trevor Hoffman, and Jim Edmonds being introduced to the ballot next year, and many players nearing their final chances, the 2016 Hall of Fame voting should be just as compelling as the 2015 version. So who gets in? Thatâ€™s not the question Iâ€™m going to attack. Rather, who should get in?

This is the only no-doubter of the class. Not only did Griffey put up otherworldly career numbers (his stretch of 40-homer seasons in seven of eight seasons comes to mind), he also represents the only true clean superstar of his era. There's no real way to confirm this, but he was arguably the most dominant player of his time and one of the only players who was considered clean. His infectious personality and beautiful stroke made him a player that was impossible not to like in an era of dirty baseball. There's no reason Griffey shouldnâ€™t get in, and I would be shocked to see him receive less than 90% percent of the vote. You don't necessarily need numbers for this one since it's an obvious choice.

Piazza is bunched into a group of players who are haunted by playing in the steroid era. The water of the era is very murky, and there are rumors about nearly every notable player. Piazza is no exception.

However, he never tested positive, and has no real case against him. This sentiment was shown by the voters when he recently received 69% of the vote, just missing out on the Hall. At this point, barring a smoking gun, it is just a matter of time before Piazza gets in and rightfully so.

First and foremost, Piazza is, hands down, the greatest offensive force at the catcher position in baseball history. His offensive fWAR of 380 is by far the best among qualified catchers, with the next highest being King Kelly at 329. Heâ€™s the only catcher in major league history to surpass 400 home runs, with 427 in his 16 year career. He also has the highest OPS+ among catchers, at 143, as well as the top SLG% (.545) and ISO (.237). Playing at a position that bares less weight on offensive success for induction into Cooperstown, Piazza has exceeded those qualifications and is arguably a hall of fame bat even without the added value of his position.

Statistically speaking, Bagwell should be a shoo-in. fWAR has Bagwell as the seventh-best first baseman of all time. Take that for what it is, and for most, it shows that WAR may still have some holes. However, it does say something about Bagwell from a production standpoint -- that production being a .297/.408/.540/.948 career slash line, while averaging 34 homers, 115 RBI, 15 stolen bases and over 100 walks per 162 games. According to that OPS, he's a top-25 hitter in baseball history.

Let's compare Bagwell with another future Hall of Famer.

Pretty solid numbers, right? Bagwell has a slight games advantage, but the other player is still playing and will more than likely play more games than Bagwell. That player in question is two-time AL MVP Miguel Cabrera. The two are very comparable despite the gap in games played, given the identical ISO and almost identical OPS+, and proves that Bagwell was every bit the stud that his supporters will argue.

His only problem? He played in the steroid era. This topic can be saved for another day, but it isn't anything new that voters are tentative to vote in anybody from that era, even if they weren't directly related to the juice. If Bagwell had played a decade earlier, and maybe won a championship or two, this wouldn't be a discussion. He has the statistical legs to get in. It's time that it finally happened.

Hoffman is already an early favorite to be a first ballot Hall of Famer, along with Griffey Jr., in 2016. And why wouldn't he? He was the all-time saves leader until Mariano Rivera surpassed his 601 saves, and his 9.3608 strikeouts per nine innings is good for eighth best all time. However, Hoffman has an uphill battle in front of him, because of his role as a closer. Remember Lee Smith? Heâ€™s the guy who held the all time saves record before Hoffman. He got 42% of the vote his first time on the ballot, and that was well before Hoffman recorded his 479th save.

Saves are obviously not viewed as a top stat among voters, at least not for Smith. Given the early speculation on the 2016 class, it would appear that voters opinion on the save has shifted slightly, with Hoffman projected to make a run at being a first ballot inductee. But that still leaves us the question of whether or not he should be.

Take a look at the chart below depicting Trevor Hoffman's numbers versus another mystery player.

Player B, which may surprise you, is seven-time all-star closer Billy Wagner. Few were better at escaping the ninth inning with their team on top than Hoffman. The Hall of Fame will likely recognize him for that. However, if Hoffman gets in, that precedent needs to be stretched to some of the other great relievers who have fell short of Cooperstown.

Edmonds has always had a strong case. Heâ€™s interesting in the sense that he was never really â€œthe guyâ€ on any of the teams he played on. In his time in Anaheim, he was a top player with Tim Salmon. He then joined a Cardinal team nearing the end of the Mark McGwire era. Unfortunately for Edmonds' legacy, a youngster named Albert Pujols came as the McGwire age ended and took St. Louis by storm

Although Edmonds found himself in the Robin role for most of his career, his number do speak for themselves. According to fWAR, Edmonds is the 12th-best center fielder of all time. His career slash of .284/.376/.527/.903 is nearly identical to Griffeyâ€™s .284/.370/.538/.907. Throw in his eight Gold Gloves, and Edmonds has established as pretty solid case as one of the greatest two-way outfielders ever. He wonâ€™t get in first ballot, but he should find his way in at some point.

The most intriguing aspect of this class is how many fringe players there are. One of those names that sticks out more than others is Alan Trammell. He, along with guys like Tim Raines, Mike Mussina, and Fred McGriff, have what could be called a cult following, but have never had the legs to make serious runs at the Hall.

Trammel supporters will argue that, if Barry Larkin is in, Trammel should be right there with him. And theyâ€™re not wrong. Outside of Larkinâ€™s sole MVP, the two players are eerily similar, with Trammelâ€™s advantage being defense and Larkinâ€™s being speed. According to WAR, the two middle infielders are virtually identical, with Trammelâ€™s 70.4 outstretching Larkinâ€™s at 70.2. If Larkinâ€™s a Hall of Famer, itâ€™s hard to argue against Trammel being one as well. But itâ€™s hard to see him making the jump from 25% in 2015 to 75% in 2016, which will be his final year on the ballot.

Another dark horse who's had a solid resume is former Rockies slugger Larry Walker. Of the 2016 candidates, Walkerâ€™s career OPS of .965 trails only Barry Bonds and Mark McGwire. His 72.6 WAR trails only Bonds and Griffey Jr. He's arguably the best all-around player on the ballot, hitting .313 for his career, slugging at a .565 rate (good for 12th best of all time) and winning six Gold Gloves, all while leading right fielders in assists three times and, lastly, stealing 230 career bases.

Purely based on statistics, Walker is very similar to Bagwell -- a guy who should probably be closer to a no-doubter than a fringe candidate. His only detraction? Yup, you guessed it. He played the vast majority of his career in Colorado. And my goodness, did he hit there, posting a career .381/.462/.710/1.172 slash line at Coors Field. So, yes, that waters his case down a little bit. But his park adjusted OPS+ is still sitting as a healthy 141, higher than David Ortiz, Jason Giambi, and Reggie Jackson. It will be interesting to see how his case plays out, but statistically, Walker is a Hall of Famer.