Jim Sannes  —  @JimSannes Feb 5th, 2018
Share on Facebook Share on Twitter
Super Bowl LII was a thriller as the Philadelphia Eagles edged out the New England Patriots. Which plays had the biggest impact on the Eagles' road to victory?

You know things are popping in a Super Bowl when offensive records that have stood for the entirety of NFL history start tumbling.

The Eagles and Patriots combined for 74 points, the 2nd-highest combined total in a Super Bowl, 1 shy of the 49ers-Chargers in Super Bowl XXIX.

Their 1,151 combined yards mark the most in any game (regular season or postseason) in NFL history. pic.twitter.com/xF97Xqt6JO
— ESPN Stats & Info (@ESPNStatsInfo) February 5, 2018

And none of it would have been possible without Nick Foles.

Even if you didn't have a vested interest in whether the Philadelphia Eagles or New England Patriots won the game, you likely felt the swings throughout, with one team seemingly taking control before losing that grip all within the same drive. In a shock to nobody, this made our win probability graphs at numberFire Live go just a wee bit bonkers. 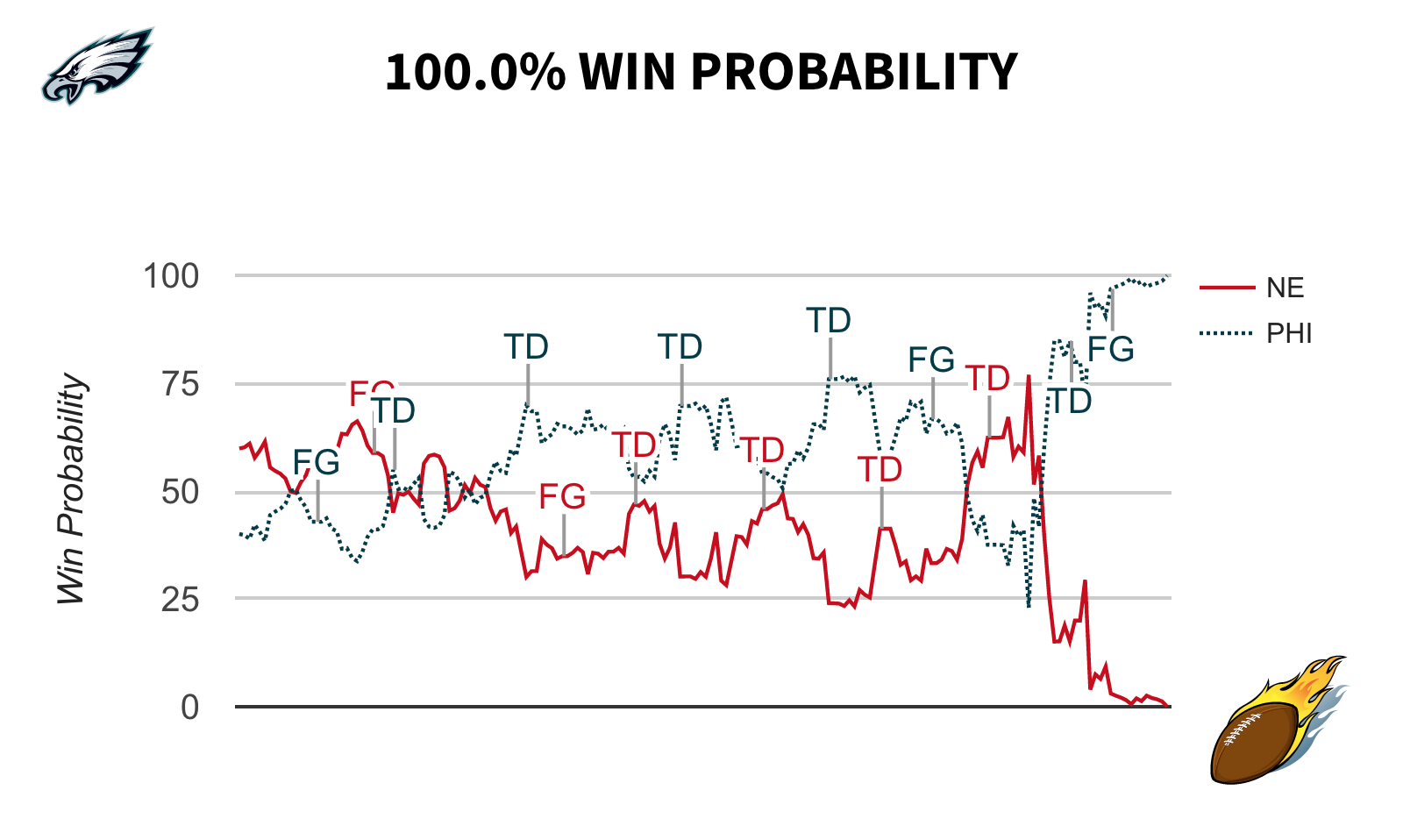 Within a single game, there were nine plays that swung the win probability by at least 10 percentage points. You may want to allow your heart additional time to recover from all of that. But if you're ready to re-live all the biggest moments, here are the 10 plays that had the biggest impact on Sunday's thriller.

Is Patrick Mahomes an Immediate Upgrade for the Kansas City Chiefs in Fantasy Football?

What's the Impact of Alex Smith Getting Traded to Washington?

10 Best NFL Players Not in the Hall of Fame