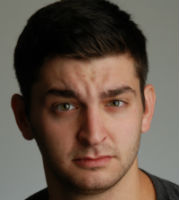 The 2013 season for the Rams had more highs and lows than Justin Bieberâ€™s career.

This past year, the team won six games by double digits - only two teams in the NFC had more victories by double digits points: Seattle and San Francisco. The Rams finished the season winning four of their last seven contests (starting Kellen Clemens, mind you) and included in those victories were wins over the Saints, Bears and Colts by a combined score of 107 to 45.

On the other hand, only three of the Rams nine losses were by single digits, with four of their defeats by three scores or more. They scored 15 points or less in 7 of these losses, and allowed 30 points or more in 5 of them.

Unfortunately, St. Louis is stuck in the NFC West, the strongest division in football for the foreseeable future. The division had 50% of the NFCâ€™s 10-plus win teams, and arguably the two best teams in the NFL. While the Rams went 1-5 against their division rivals this past season, they went 6-4 against the league. And according to our nERD rankings, the Rams ranked 15th in the NFL, a fair spot considering their up-and-down season.

An average team will boast both good and bad units throughout. They're not the Seahawks, but they're also not the Raiders. What stood out in 2013? Take a look.

Robert Quinn made quite the leap this year, transitioning from "promising young pass rusher" to "best under 30 defensive player not named JJ Watt." Quinn was the main reason why the Rams led the NFL in sacks and were third in forced fumbles, as he knocked the quarterback down for a sack 19 times, forcing seven fumbles.

On the offensive side of the ball - and this is a bit of backhanded compliment - they were much better than you probably would think. Despite being led by Kellen Clemens for half of the year (AKA the guy who lost the battle to be Mark Sanchez's backup to a senior citizen named Mark Brunell), the Rams offense this past season ranked 17th overall in Adjusted Net Expected Points per play according to numberFire metrics. On a per play basis, the offense was actually more efficient than Detroit and Arizona.

Much of this had to do with the fact that the team faced tough competition playing in the NFC West. And, of course, because of rookie running back Zac Stacy.

Proving yet again that running backs don't need to drafted early, fifth-rounder Zac Stacy had the second-most rushing yards (974) for a rookie (behind only Eddie Lacy), and the 14th-most rushing yards in the league. All of this despite only having one carry over the first two games.

While the 5â€™8, 220-pound Stacy wonâ€™t be replacing 6â€™1â€ 245-pound Steven Jackson physically, he proved a reasonable facsimile on the football field.

Despite not getting much playing time until the final month of the season, the "other" West Virginia rookie receiver, Stedman Bailey, managed to haul in an impressive 68% of his targets, good enough to rank 12th out of 121 receivers with at least 25 targets. Bailey is a candidate to receive a lot more snaps next season, as the rest of the Rams receiving care was pretty underwhelming.

While St Louis had an average season on the real football field, the team was downright atrocious on the fantasy field. According to ESPN standard scoring, Jared Cook was the 11th-ranked tight end (a number that drops to number 22 if you exclude his flukish first game), Zac Stacy was the 17th-ranked running back, and no other offensive skill players were good enough to warrant a fantasy roster by seasonâ€™s end.

Sam Bradford entered the year with the label as "somewhat promising and overpaid" and transformed himself into "somewhat promising, vastly overpaid and injury prone". It wasn't exactly a step in the right direction. His raw numbers showed 14 touchdowns, 4 interceptions, and a 60.7% completion rate - things looked good. But the advanced numbers revealed a different story.

Among quarterbacks with at least 100 attempts, Bradford finished 28th in Passing NEP per play, ranking two spots ahead of his teammate Kellen Clemens. While his year wasnâ€™t a colossal failure (Right, Geno Smith?), I can assure you that it didnâ€™t inspire $17.4 million worth of confidence for next season.

I paid Zac Stacy some love above, but overall, I have to admit that his year was a bit overrated. He averaged less than four yards per carry on the season, and among the 200-plus rushers in the NFL last year (22 of them), Stacy ranked 13th. Horrific? Not at all, but let's not dub him a top-10 running back just yet.

Daryl Richardson, a guy many thought would be the year-long starting running back in St. Louis at the start of the season, ranked 76th in Rushing NEP per carry out of the 83 running backs with at least 40 carries. He was horrific. And he also was part of the reason the Rams ranked 27th in Adjusted Rushing NEP.

The Rams wide receiver production, which is a key reason we have Sam Bradford apologists, weren't very strong again this year. Who led the team in yardage at wide receiver, you ask? Chris Givens with 569 yards, of course. Josh Gordon had more receiving yards in one month than the leading Rams receiver did on the year, people. St. Louis didnâ€™t have a single receiver with over 40 catches, while the Saints had two running backs with over 70. The team has had wide receiver issues for years, and this just strengthens that notion.

Among wide receivers with at least 50 targets, Austin Pettis was the highest ranked Ram in terms of Reception NEP per target, ranking 28th in the league. The only other two Rams who qualified for this list, Tavon Austin and Chris Givens, ranked 77th and 78th out of 88 eligible receivers.

Austin was particularly disappointing; however, his coaches deserve some of the blame for this. Austin is a â€œspace playerâ€, someone like a Darren Sproles, Percy Harvin, or Cordarelle Patterson. He needs to get the ball in his hands 8-12 times per game (returns, carries, screens, flares, classic routes) to maximize his impact on the game. Just as an example, while Austin only had nine carries on the year, two of those carries resulted in gains of 50-plus yards. Give the man the ball.

The Rams seemed to understand the importance of getting Tavon touches at the beginning of the year, but his role faded as the year progressed, as almost half of Tavonâ€™s targets took place in September. Hopefully he will be utilized better moving forward.

The only good news for the Rams here is that receivers generally take a year or two to develop. The team has selected five wide receivers within the first four rounds of the NFL Draft over the past three seasons - hopefully, for the city of St. Louis, one or two them can make the leap next year.

What Should They Do?

Looking forward, things don't get any easier. The other three teams in the NFC West were amongst the top seven in the NFL in terms of Adjusted Defensive NEP per play last year, and based on their youth, it seems likely that these teams will maintain their lofty rankings. Going up against such stout defenses, the Rams would sure like to have a quarterback they can trust.

And that leads us to the biggest question of the Rams' offenseason: What should they do with Sam Bradford?

The initial reports are that the team will keep Bradford for 2014, but his cap hit this year is a whopping $17.6 million, a number that could be shaved by $10 million if the Rams were to release him.

If the team were to release Bradford, they could turn the keys over to Kellen Clemens (an option not even Kellen Clemens believes is realistic) or peruse through an underwhelming quarterback free agent class highlighted by Michael Vick and Josh McCown.

The other alternative would be to take advantage of the initial Robert Griffin III trade, turning one of their two first-round picks (2nd and 13th overall) into a quarterback. However, all the quarterbacks in the draft this year have their warts, and without a clear stud, the team may be better off upgrading the talent around Bradford for one more year.

Since it appears the Rams will keep Bradford, let's move forward under this assumption and discuss how to handle their offseason.

After releasing Cortland Finnegan, the Rams have approximately $11 million in cap room. While their spending spree over the last couple of offseasons (Finnegan, Cook, Jake Long) hurts their financial flexibility, the team only has four starters departing (Finnegan, Jo-Lunn Dunbar, Chris Williams, and Roger Saffold). While Saffold may be retained after a solid season, it's likely the other three depart.

With limited funds in free agency, the team will likely look to the draft to fill these positions. Luckily for the Rams, a couple of ideal selections are available for them.

With the second pick, the Rams may have the opportunity to pick the human bulldozer known as Greg Robinson. A powerful run-blocking tackle, he would pair with Jake Long to provide a physically dominant set of tackles. While the thought of a Jadeveon Clowney, Chris Long, and Robert Quinn pass rush just caused Carson Palmer to you know what his pants, the team has several other needs to address instead.

With the 13th overall pick, the Rams will likely look to address the weakest unit on their team, the secondary. Darqueze Dennard, Justin Gilbert, and HaHa Clinton-Dix should all be available, and would appear to provide a sizable upgrade over the current incumbents in the secondary.

Of course, the Rams could always trade down; the second-overall pick could cause quite a bidding flurry if Clowney isnâ€™t taken, or if a team wants its choice of the quarterback litter.

While free agency will be quiet, I would look for the team to add some depth along the offensive line, add a veteran receiver and try to plug some gaps in their secondary. Some names in play here could be Jabari Greer and Roman Harper (whom new Defensive Coordinator Greg Williams knows from his Saints days), while the quietly efficient Nate Burleson and Austin Collie could provide some guidance for the Rams green wideouts.

2014 will be go a long way to show if the Rams can hang with the rest of NFC West, or if they'll remain the divisionâ€™s little brother.

Why the Rams Should Get Rid of Sam Bradford

Stacy's Got It Goin' On: Analyzing Zac Stacy's Value