Fantasy Football: Don't Expect Too Much From Mike Evans 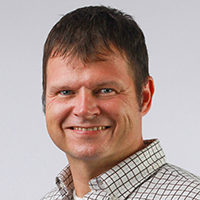 Mike Evans' fantasy value is trending in the wrong direction.

A lot of it likely has to do with Evans' production dip in 2017 as well as all of the good running backs available, and recently, Evans' value was dinged when Jameis Winston got hit with a three-game suspension.

In 2016, Evans had a career year. It was his high-water mark for targets (173), receptions (96), and yards (1,321). It was also the second time -- up to that point -- that he scored 12 touchdowns in three seasons, which enabled Evans to finish as the top overall wide receiver in standard formats.

But many fantasy owners were left hanging when Evans failed to reach the same zenith in 2017. He finished as the WR20 in standard formats, a disappointing output considering that he went in the first or second round of just about every draft.

With the 2018 season approaching, Evans is currently being viewed as the WR9. At that price, is he a value or is he someone to pump the brakes on?

Last season, Evans became just the third wide receiver in NFL history to eclipse 1,000 yards receiving in each of his first four years in the league. Despite this stellar accomplishment, Evans' production went down significantly from what he did in 2016.

Here are his stat lines for his career, according to ProFootballReference.com.

In many ways, 2017 should not be viewed as such an aberration for Evans since it is more in line with his career average. It was a career-worst year only in terms of receiving yards.

Although 2016 was a revelation, it is also an anomaly based on his whopping 173 targets, an outlier to this point in his career. As you'd expect, the boost in targets led to career-best numbers in counting stats such as catches and yards.

Also, it's worth peeping his touchdown numbers, which have varied wildly from year to year. Touchdowns can be pretty flukey -- with Evans a perfect example -- but he should see positive regression in that department after scoring just five times last season.

In his 2014 rookie season, Evans, along with Vincent Jackson, dominated the Tampa Bay Buccaneers' in targets. They combined for 49.7% of the team's target share, with Jackson at 26.7% and Evans had 23.0%. In his sophomore season, Evans was more involved with Winston at the helm, representing 27.6% of Tampa Bay's targets. A lot of that had to do with Jackson playing only 10 games due to injury, while some of it was likely Evans' natural progression into the team's lead role after Tampa spent so much draft capital on him.

Then came Evans' epic season of 2016. With an aging V-Jax barely playing (five games) and no other wide receiver making significant waves on the depth chart, Evans commanded a 29.9% target share. It was the highest percentage in the league, narrowly ahead of Julian Edelman (28.9%), Odell Beckham (28.3%), and Jarvis Landry (27.5%). He also led the league in overall targets with 173, more than twice as much as teammate Cameron Brate (81), who got the second-most targets on the Bucs.

However, last year during the offseason, the Buccaneers brought in DeSean Jackson to complement Evans, and they spend a first-round pick on tight end O.J. Howard while taking receiver Chris Godwin in the third round. These three new acquisitions gave Winston more weapons to target.

Although Tampa Bay threw more times (605) in 2017 than they did in 2016, Evans got 37 fewer targets and represented 22.5% of the team's target share -- the lowest of his career. He was still the team leader in targets, but it wasn't nearly the same dominant market shake. After leading the league in targets in 2016, he ranked 11th in targets last year.

This all came with D-Jax having a quiet year, while Godwin and Howard had up-and-down rookie campaigns. It's not unreasonable to think that those guys have better seasons in 2018, especially Godwin and Howard, which does not bode well for Evans.

There was a lot of hype surrounding the Buccaneers heading into 2017. Coming off a 9-7 season and barely missing the playoffs the year before, Tampa Bay looked ready to ascend. But they underwhelmed, finishing 5-11.

The Bucs have been busy during the offseason. attempting to fix their problems. To help their struggling defense, they signed veterans Jason Pierre-Paul and Vinny Curry, and they attacked D in the NFL Draft. Tampa also addressed their field goal kicking problem by signing Chandler Catanzaro.

Offensively, Tampa drafted running back Ronald Jones early in the second round after letting Doug Martin go. Last year, they ran the ball seventh-fewest times in the league and ranked 27th in total rushing yards, averaging a meager 3.7 yards per carry. With the addition of Jones, Tampa Bay is surely looking to be more effective on the ground, and they may aspire to run the ball more.

Through four seasons, Evans has been a very good wideout, going over 1,000 yards each year and notching a pair of 12-score campaigns. But Evans' 2016 season was as remarkable as it was misleading.

So much of fantasy football is about opportunity. Was Evans a worse player in 2017 than he was in 2016? Maybe. But he was definitely a less-targeted player, and that capped his fantasy output. His three other campaigns, including last year's numbers, are probably more indicative of what we should expect in 2018.

Evans should still get the lion's share of targets in Tampa Bay, but he finds himself on a team that has quite a few quality pass-game options coupled with what should be an upgraded running game.

Time will tell where Evans' ADP lands during peak draft season, and Winston's suspension could cause Evans' stock to fall into the third round. That's probably a fair price to pay for him, and don't draft him expecting a repeat of his 2016 output.

Which Wide Receivers Will Score More Touchdowns in 2018?