Which Dallas Cowboys Wide Receiver Should You Be Targeting in Fantasy Football? 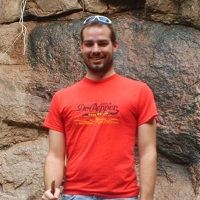 Back in 2012, Cole Beasley quit football at the end of the first week of rookie camp. He told head coach Jason Garrett that football "wasn't in his heart at [the] time". Undrafted out of SMU, Beasley had a chance to play for his hometown Dallas Cowboys, and he appeared to be letting that once-in-a-lifetime opportunity pass him by.

But opportunity, in the form of targets, is the single most important factor in determining a wide receiver's fantasy value. And 2018 is a year of opportunity for Cowboys receivers.

Beasley ultimately decided against quitting football. He's still with the Cowboys and represents just one of the few proven players in the passing game. But is he the wide receiver who is going to help you make the most of your opportunity to bring home the championship this year? Or is there another wide receiver on the Cowboys' roster that you should be targeting?

While targets are king, opportunity is not the only factor for fantasy football. Talent is a giant factor, too, and to be honest, the talent among the Dallas receiving corps is lacking.

At numberFire, we use Net Expected Points (NEP) to measure the outcome of every play. This signature metric calculates the increase in expected points on a drive given the outcome of each play, given down-and-distance situations. From 2012 to 2017, which encompasses the entire career of every receiver on the Cowboys' roster, the average Reception NEP per catch has ranged from 1.10 to 1.15.

Of the 20 NFL seasons played by current Dalls wide receivers, only 5 have been played with an above average Reception NEP per catch. That low-hanging feat has been accomplished twice by addition Allen Hurns and three times by longtime Cowboy Terrance Williams. Rounding out the potentially fantasy relevant corps is Beasley, Tavon Austin, and rookie Michael Gallup. Wide receivers Noah Brown and Deonte Thompson are on the roster bubble and are unlikely to be on the fantasy radar throughout the season.

Neither Beasley or Austin has ever managed even an average Reception NEP per catch year. Beasley nearly managed it in 2016, but came up just short. Tavon Austin has never even come close to average in his disappointing career to date. And based on Reception NEP, it appears that Hurns and Williams are the most likely receivers to help both the Cowboys and your fantasy football team. this season.

Not all targets are created equal. Deep targets can be very valuable for fantasy purposes, because they bring the potential for more fantasy points than your average dinks and dunks.

Thanks to Josh Hermsmeyer at airyards.com, we are able see historical average depth of target (aDOT) data, in yards, for each of the Cowboys veteran wideouts.

Deep targets lead to big plays that can win your week in fantasy football. Williams and Hurns are the only one who look like they have a chance to be on the receiving end of those deep passes this year. That's not our only takeaway from this data, though.

Would it surprise you to learn that Williams' fantasy points per game (standard scoring) have fallen each of the past three seasons? His aDOT has also declined in each of those seasons, taking away some of his most valuable targets.

We also learn that Beasley and Hurns have seen a fairly consistent aDOT from year to year. The target depth they see is not likely to differ greatly from what they've had throughout their careers. They're all but locked in their roles at this point.

But what about the guy who has yet to play an official NFL snap?

Michael Gallup steps into the best situation of any rookie wide receiver in the NFL. Over half of the team's targets from 2017 are unaccounted for and there isn't a dominant wide receiver on the roster. By all accounts, the third-round rookie is having an excellent preseason to boot.

#Cowboys rookie Michael Gallup has been on field with Dak Prescott for all but 6 plays this preseason. 33-of-39 first-team snaps (85%).

#Cowboys WR Michael Gallup has been the best receiver through two preseason games. Cole Beasley hasn't played, but Gallup should start on the outside.
— Marcus Mosher (@Marcus_Mosher) August 19, 2018

A successful preseason may not translate to a successful rookie campaign, though. Dating back to 2013, the last 5 NFL drafts have produced 22 third-round receivers. The best rookie season among those amounted to 105, targets, 71 receptions, and 8 touchdowns from Keenan Allen. It's worth mentioning that Tyler Lockett turned 68 targets into 51 catches and 6 touchdowns while Cooper Kupp turned in 62 catches and 5 touchdowns on 95 targets.

Any one of those seasons, if duplicated, would be considered a success. But the average third-round wide receiver averages just 37 targets and 23 catches. A season with numbers even close to that would relegate Gallup to the waiver wire. In other word, temper expectations.

It's pretty clear that we shouldn't put Beasley or Austin on our rosters this year. They don't have the upside we need to win a championship. That leaves us choosing between the steadily declining Williams, the oft-injured Hurns, and unproven Gallup.

Accounting for costs, take the discount and snag Williams as a bounce-back candidate with the chance for an increased role. He's an option in the last round, or one to keep an eye on early in the season as a potential waiver wire addition. Knowing what we know now, he gives your roster the most upside and provides you with the best chance at taking the title by season's end.

Is Michael Gallup the Cowboys' Receiver to Own in Fantasy Football?