How Will Hue Jackson Impact the Cincinnati Bengals Offense? 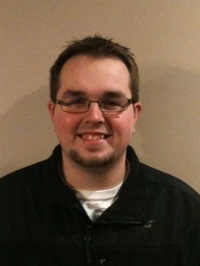 Kenny Cook  —  @K_Cook6 Jul 3rd, 2014
Share on Facebook Share on Twitter
Jay Gruden took the head coaching job in Washington, allow Hue Jackson to take over as offensive coordinator in Cincinnati. Can he help the offense?

The Cincinnati Bengals promoted Hue Jackson from running backs' coach to offensive coordinator shortly after Jay Gruden left to become the head coach of the Washington Redskins this off-season. Gruden was known for his pass-heavy scheme, while Jackson, who coordinated the Raiders' offense when Darren McFadden broke out, is supposed to bring a more balanced attack.

But as with many preconceived notions, we need to do our due diligence by researching the data to prove or disprove these assertions. To do this, I compared the three years in which Jackson was offensive coordinator against the three years when Gruden called plays in Cincy.

Wouldnâ€™t you know, another commonly perceived notion appears to be debunked here. By looking at drop back-to-run ratio, we get a clear picture as to which coordinator has run the ball more during their time in the NFL. It's nearly identical.

But if we were to assume Jackson's play-calling will be more 2010-like, what does this all mean for the Bengalsâ€™ offense in 2014?

A.J. Green has been a key cog in the Bengalsâ€™ offense since being drafted fourth overall in the 2011 NFL Draft. Furthermore, he's solidified himself as a perennial top-flight fantasy option at the wide receiver spot. Green has ranked 14th, 4th and 4th among wide receivers in fantasy since entering the league, which is one of the - if not the - best starts of any wide receiver ever.

In Jackson's offenses, the highest Reception Net Expected Points (NEP) - the number of expected points added by a player on catches only - obtained by a wideout was Falconsâ€™ receiver, Roddy White (2007, 98.15 score). This lands him in third within the Reception NEP metric when compared to Grudenâ€™s three years in Cincy. Green holds three of the top four best Reception NEP scores.

That 2007 season was White's breakout year. But even after Jackson left, White has averaged 111.33 Reception NEP (which includes his incredibly average 2013). Sure, his quarterback situation improved tremendously as the Falcons drafted Matt Ryan in 2008 to replace Joey Harrington, but it's tough to think Jackson made a tremendous impact here given White's resume.

As for other receivers under Jackson, Rod Gardner, formerly of the Redskins, went from a 103.41 to a 51.21 - a drop of 79.20 in Reception NEP. The year after Jackson left his numbers were slightly higher, by 6.20 Reception Net Expected Points. The same type of situation occurred in Oakland.

Looking merely at how other wide receivers performed under Jackson surely isnâ€™t the end-all be-all, but it does raise some red flags for Green owners. We need to keep in mind, however, that the talent pool is much much greater than any that Jackson has coached. If Jackson chooses to run the ball more, he should use more play-action offense to get Green open for bigger plays, too, resulting in more fantasy production.

Green is still a top-tier WR1 who fantasy owners should target. His production has steadily increased each year, and Jackson will certainly look to lean on him in the passing offense. We have him ranked as our second-best wide receiver.

Andy Dalton, by hook or by crook, finished as the fifth-best fantasy quarterback a year ago, thanks to some monster games against bad defenses. Adding Jackson as the play caller may actually help Dalton from a real football perspective, as a running game can help balance the offense and generate longer drives. Those longer drives should be great for an offense with as many weapons as the Bengals.

In truth, Grudenâ€™s passing offenses were far superior to Jackson's based on our Adjusted Passing NEP scores, which tells us how a team performed through the air on all drop backs in comparison to an average squad. This is mostly because Jackson's quarterbacks were atrocious.

Again, Jackson's offensive approach will make Dalton a better quarterback in "real football", but in fantasy, there's little reason to believe he'll finish as a top-five fantasy passer. Jackson's offense should make Dalton a steadier fantasy option week to week with less peaks and valleys than last year though. We currently have him slated as the 17th-ranked passer in our quarterback rankings.

Giovani Bernard is an exciting running back who caught Jackson's eye during last yearâ€™s training camp due to his toughness. Despite his small stature, Gio has been willing to run in between the tackles and pick up blocks in the backfield. As for his fantasy projection, he will likely see an uptick in touches, not only because of his coachesâ€™ affinity for him, but because he showcased an ability to handle the heavy workload. That, and 220-carry BenJarvus Green-Ellis may be cut before the season starts.

Jackson's impact on the running game is what's been talked about most. How has he performed during his three years as offensive coordinator in the league, and how does it compare to Gruden?

While Jackson's rushing offenses have been less efficient when compared to Gruden's, we have to recognize that his single most successful campaign was when he had a talented back, not unlike Gio, in 2010. That season trumps all six analyzed.

Most importantly, all of Jacskon's six backs who had a minimum of 50 rushing attempts improved from their career Rushing NEP averages during his tenure with the exception of Warrick Dunn in 2007, when he was at the end of his career, and Trung Canidate in 2003, when he shared the backfield with Rock Cartwright. Essentially, the running backs not named Warrick or Trung had either their highest or second-highest Rushing NEP metrics of their career under Jackson.

Bernard will likely share the backfield with rookie Jeremy Hill, who was a second-round pick by the Bengals. Hill could take over some of BenJarvus Green-Ellis' carries, as Green-Ellis saw a dip in production year ago. Hillâ€™s presence in the offense could actually compliment Bernard well, giving the Bengals a Thunder-and-Lightning duo in the backfield.

We have Bernard ranked as the 13th-best running back in standard leagues, and the 12th-best one in PPR ones.