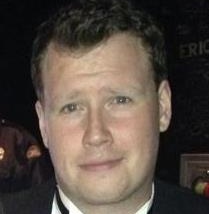 Here's an interesting thought experiment: look at where the Green Bay Packers and Minnesota Vikings have stood after each of the four weeks of 2014 season so far, and pretending you don't know anything about what'll happen next, predict the outcome of this game.

After Week 1, in which the Packers fell (with style) to the Seahawks and the Matt Cassel-led Vikings looked surprisingly dominant against the Rams, was it inconceivable that a Packers-Vikings matchup could be a nail-biter? Week 2 answered that question with a resounding "no", as Adrian Peterson infamously removed himself from the equation, and suddenly it looked as if the Vikings lacked any offense whatsoever (beyond, perhaps, the still-green Cordarrelle Patterson). The Packers did their part to muddy the situation in Week 3, mustering just one touchdown against the Lions and looking like a shell of former Packers teams.

And now, the narrative has shifted again, against all odds. The Teddy Bridgewater Era (TM) has begun in Minneapolis, and not a moment too soon: in AP's absence, Bridgewater put the team on his back and threw for over 300 yards in his NFL debut, posterizing the Falcons, 41-28. But wait - now it's reported that Bridgewater is questionable for tonight's game, after suffering an ankle injury during that drubbing of the Falcons that necessitated some relief work from Christian Ponder (whose name, incidentally, is what you call it when Tim Tebow thinks). And the Packers are coming off a decisive victory over the Chicago Bears, one in which Aaron Rodgers threw for four touchdowns and the suspect Green Bay defense held the high-flying Bears offense to just 17 points.

If Bridgewater doesn't play, this game may be a laugher by halftime. But if he does, then the Vikings could have enough of a spark to keep things very interesting. Here are a few things to watch out for during tonight's game.

A major headache for Green Bay this year has been the lackluster performance from running back Eddie Lacy, who looks like he's lost a step after a stellar debut in 2013. Through four weeks, he's got just 161 yards on 53 rushes, good for only 3.0 yards per carry and the worst Rushing Net Expected Points (NEP) score in the league. Lest he turn into Trent Richardson 2.0, Lacy will look to turn things around against a Vikings team that's been middle-of-the-road against the run (18th ranked according to NEP).

Minnesota, meanwhile, will roll with backups Matt Asiata and Jerick McKinnon. Asiata is a prototypical workhorse who's been effective on the ground according to our metrics, thanks to his touchdown plunges. The elusive rookie McKinnon, meanwhile, had a big coming-out party against the Saints last week, amassing 152 total yards on 19 touches.

One recipe for the Packers' success is going to be control of the run game against the two-headed monster of Asiata and McKinnon. For their part, the Packers have ranked dead-last against the run according to numberFire metrics, surrendering 176 rush yards a game so far, and that's going to have to change this week. According to our strongest predictors, the top match for a Packers win (at 90.33%) was a contest between the Buffalo Bills and San Diego Chargers back in December 2002. An aging Drew Bledsoe and a not-yet-legendary Drew Brees squared off in what was, of course, famously billed as the Battle of the Drews, but the cold weather limited the passing game. Instead, both teams turned to their backs: Travis Henry and Ladainian Tomlinson (who seems to pop up in every Thursday night preview I write, for some reason). Both Henry and Tomlinson played well, but it was ultimately Henry who gave the best performance, toting the ball 22 times for a whopping 144 yards and 2 scores. The Bills, in turn, won 20-13.

It's going to be up to Clay Matthews and company to bend but not break against the up-and-comers of the Vikings backfield, but more importantly, the onus is on Eddie Lacy to get the monkey off his back and have a breakout game.

So far in 2014, we've seen two versions of Aaron Rodgers: the one who threw for 648 yards and 7 touchdowns in Weeks 2 and 4, and the one who threw for 351 yards, 2 touchdowns, and an interception in Weeks 1 and 3. Needless to say, the Packers won the games in which Rodgers played well and lost the ones in which he stank. But why did he stink? What did the Seahawks and Lions do to put a damper on one of the elite quarterbacks in the NFL?

Well, generally speaking, Seattle and Detroit have two of the better pass defenses in the league. Seattle's pass defense has been middle-of-the-pack so far, ranking 19th according to our numbers, but historically the Legion of Boom has been the defining unit of the team; Detroit, meanwhile, is fifth-best against the pass in terms of NEP.

But the key to victory for both of those teams, specifically, has been eliminating the long pass from the opposing quarterback's repertoire. It's what really sank Rodgers in his matchups against those two teams. Against Seattle, he completed 23 of 33 passes (a beautiful 69.7% completion percentage) for only 189 yards (or 5.73 yards per attempt), and his longest completion went for 23 yards. His performance against the Lions was similarly lowly: despite keeping his completion percentage around 60%, his yards per attempt flatlined at 6.00, and he never threw a pass longer than 18 yards. In his two wins, meanwhile, Rodgers excelled, throwing and completing about the same amount of passes but averaging 8.24 yards per attempt against the Jets (with his longest pass going 80 yards) and 10.79 YPA against the Bears (longest pass, 46 yards).

This theory is borne out by another of our strongest predictors: a game between the Jets and Texans in 2009, in which the Jets prevailed, 24-7. In that game, the strong Jets D completely stifled Matt Schaub and peak Andre Johnson; perennial deep-threat Johnson caught just 4 balls for 35 yards, while Schaub had a miserable day, going 18-of-33 for 166 yards and an interception. The longest pass Schaub threw went for 27 yards, and the only touchdown scored by the Texans was a fumble return. (Steve Slaton, by the way, carried the ball 9 times for 17 yards in that game.) If the Vikings' front seven can similarly put pressure on Rodgers early and often, as the Seahawks and Lions have proven, they'll take away a huge facet of his game.

A third strongest predictor game (one that favors the Packers) shows an alternate universe matchup, one in which both teams make some mistakes and the winner ends up stealing victory because they played less badly than the loser. In 2003, in a game between the Falcons and Saints, Aaron Brooks and his two interceptions nearly cancelled out a dominant performance by Deuce McAllister (173 yards and 2 touchdowns) on the way to an overtime triumph, while the Falcons somehow managed to hang for four-plus quarters despite rolling with Kurt Kittner at quarterback, who completed 8 of 27 passes (!!!) for 80 yards and 2 interceptions. I'm pretty sure that's just a Christian Ponder stat line waiting to happen.

The only reason Atlanta was able to stay in the game was because their defense took advantage of New Orleans' mistakes. Despite accruing only 244 total yards to the Saints' 403, the Falcons still scored two touchdowns and two field goals, thanks to short fields and turnovers. The Vikings may have to rely on this kind of opportunism against a good Packers team, especially if Bridgewater can't go. What we saw in this game between the Falcons and Saints is essentially what any competent defense can do to a Christian Ponder-led offense. (Remember that playoff game a couple years ago?)

The lesson for the Packers to take away from this game, meanwhile, is that they have to play a squeaky-clean, turnover-free game, or the Vikings will make them pay.