What Is Ryan Mathews' Fantasy Football Value in the Eagles Offense? 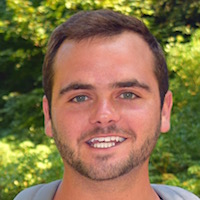 Josh Levinson  —  @jlevinson1293 Oct 7th, 2015
Share on Facebook Share on Twitter
Taking a deeper look at Ryan Mathews and how he stacks up against his peers, both in his backfield and around the league.

Chip Kelly and the Philadelphia Eagles offense have caused a lot of headaches so far this season. While many expected fireworks and copious amounts of fantasy production, the reality has been duds, disappointment and inconsistent play from skill position players all over the field.

The offense has failed to produce any reliable weekly starters, while generating a backfield that has quickly become one of the hardest to decipher. The passing game has had its moments, especially when Sam Bradford has connected on the deep ball, but a running game that was heavily invested in this offseason has produced underwhelming results, to say the least.

An offensive line that has looked like one of the worst in the league can be held largely responsible for the majority of these struggles, but the running backs havenâ€™t helped themselves with their performance either.

This brings us to the curious case of Ryan Mathews, where DeMarco Murray's injury and ineffective play has presented a potential opportunity for the former San Diego Charger running back, as well as creating plenty of intrigue for fantasy owners and players.

Letâ€™s dive into the numbers and take a deeper look at how Mathews has fared this season, as we try to assess his value moving forward into Week 5 of this fantasy football season.

How Does Mathews Stack Up Around the League?

And has he actually even been better than Murray in the first place?

Mathews has 34 carries through four weeks of the season, so we only looked at running backs with at least 20 carries when comparing NEP totals, which provided us with a sample size of 54.

He has only contributed five catches in the passing game and even when you factor that in, Mathews still finds himself 46 in Total NEP among qualifying backs. Compared to guys with similar volume, he has returned some of the worst value overall.

One silver lining is Mathewsâ€™ success rate of 44.11%, which is good for 14 among backs and means he has added to his team's NEP on 15 of his 34 carries. While this is a promising statistic, the bad has outweighed the good, with Mathews taking more off the table for the Eagles offense than heâ€™s putting on it.

Heâ€™s been consistent at doing what is asked of him, but he lacks that explosive ability to really create big plays on the ground, based on the numbers through four weeks at least.

Not only is he performing worse than his peers, but Mathews' -0.25 Rushing NEP per carry is far below his 0.03 average from the previous two seasons on 360 carries. This suggests his poor performance could be due more to situation, rather than Mathews himself.

In order to figure it out, letâ€™s see how his Eagles teammates have done with the same situation.

How Does Mathews Compare to His Teammates?

DeMarco Murrayâ€™s early season struggles have been well documented, and the numbers support what weâ€™ve seen, as the former Dallas Cowboy ranks 51st among 54 qualifiers with a -8.08 Rushing NEP, barely beating out Mathews.

Meanwhile, not receiving nearly enough attention is oft overlooked Darren Sproles, whose Rushing NEP of 1.65 on 21 carries is far superior to either Mathews or Murray. His Rushing NEP per carry also ranks 12th among running backs with at least 20 carries.

Sproles has been the most effective among the three backs with a limited amount of touches.

Now, where Mathews has shown the most promise is his consistency. He has turned in 15 successful runs out of a possible 34 attempts for a convincing 44.11% Success Rate, while Sproles (38.10%) and Murray (20.69%) have combined for only 14 successful runs. He easily has the highest rushing success of the trio and is the most consistent option.

Murray has been particularly awful by every relevant measure, recording only 6 successful runs on 29 carries, for a 20.69% Success Rate that is considerably below his 47.49% average for his career. His -8.08 Rushing NEP is also a ways from the 15.95 score he averaged the past two seasons.

While Mathews is used to poor offensive line play in San Diego, Murray is having a hard time adjusting from the elite protection he had in Dallas. His big-play ability has been lacking, and there havenâ€™t been any opportunities behind this line. Mathewsâ€™ skill set is more suitable for creating something out of nothing, which is exactly what Philadelphiaâ€™s offensive front has been providing.

The numbers and eye test both indicate that the Eagles offense is both more efficient and effective when Mathews is in over Murray, but Sproles has undoubtedly been the best option for the Philadelphia backfield.

So, What's His Value?

The reality is Mathews is a player whose value is determined largely by the situation he finds himself in, rather than his own talent or effort. Similar to Kelly's teams at Oregon, the Eagles are an "offense by committee" right now, creating an aggravating fantasy whack-a-mole situation for owners.

They have only put together two impressive halves of football out of a possible eight, but they were impressive enough to give hope to those who still believe in Chip Kelly and this Philadelphia offense.

The issue for Mathews is that the Eagles still feature arguably the worst offensive line in the NFL, and Lane Johnson is currently dealing with a sprained MCL. It would be a brutal loss if he were to miss any time.

Mathewsâ€™ volume is still too inconsistent to be relied upon as a weekly option, and he hasn't given much reason to believe he will make the most of the opportunities he's given. While he isn't droppable in fantasy leagues, he's certainly not someone I'm seeking in a trade either.

As an owner, I would shop Mathews around to teams suffering the running back blues, in search of a more reliable option. If you are down on Murray but still have faith in Chip and the Eagles offense, then he is a worthy hold.

Ryan Mathews to the Philadelphia Eagles: Can Chip Kelly Salvage His Career?