Can the St. Louis Rams Make the Playoffs? 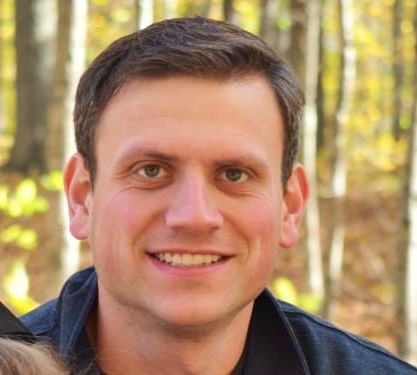 With rumors swirling about a potential move to Los Angeles, the St. Louis Rams are playing some of their best football in years. For the Rams, these standards are set pretty low, so just playing .500 football is an accomplishment for a team that hasnâ€™t made the playoffs since 2004.

The only three teams to have longer playoff droughts than the Rams are the Buffalo Bills, Oakland Raiders, and Cleveland Browns -- a less than exclusive list no franchise wants to be a part of.

After finishing 2-14 in 2011, Jeff Fisher was brought in after a year away from coaching to turn things around in St. Louis. Fisher quickly was able to field a better product, pushing the Rams to a 7-8-1 finish in 2012.

Ultimately, though, Fisher has brought the same thing to St. Louis that he left in Tennessee: yearly mediocrity that is good enough to be competitive but not quite good enough to be a perennially division winning threat.

Throughout his career Fisher has proven to be the face of mediocrity among NFL head coaches. In his 21 year coaching career, Fisher has amassed 165 wins, 150 losses, and 1 tie for a win percentage of .524. In 19 full seasons as a head coach, he has made the playoffs just six times.

When you are franchise like the Rams, a glimmer of hope to make the playoffs and fielding a competitive team is an improvement.

Where They Stand Now

Sitting in second place in the NFC West at 3-3, the Rams' playoff chances are still alive.

Our algorithms here at numberFire give the Rams a 17.9% chance at the division crown. At 5-2, the Cardinals have a commanding 73.3% likelihood, flying high once again with Carson Palmer under center and Bruce Ariansâ€™ offensive magic.

The odds are not in the Rams' favor for a division title, so a playoff opportunity likely lies in a wild card berth.

A playoff berth is within reach,  but there are multiple NFC teams in contention. There are 10 teams in the NFC with playoff chances currently in the double digits.


With over half a season remaining and seven teams in the NFC with three or four wins, itâ€™s going to be a tight race to close out the season.

The Rams' upcoming opponents are a combined 28-38. According to our power rankings, the Rams face just four teams in the top 15 and six outside the top 20. The Rams currently rank 12th with a nERD score of 3.14, meaning that, against an average team on a neutral field, the Rams would be expected to win by roughly a field goal.

Not that the Edward Jones Dome gives much of a home field advantage, but the Rams play half their remaining games at home. Ramsâ€™ fans have left many seats empty this season. According to ESPN, the Rams have the second worst attendance on the season. Whether it's because of an average product, an outdated dome, or protest toward Stan Kroenke's flirting with a move to Los Angeles, Rams fans haven't shown up.

The schedule works towards the Rams' favor, but they have failed to capitalize against lesser opponents before.

The Rams have built a formidable defense around defensive ends Chris Long and Robert Quinn, and linebackers James Laurinaitis and Alec Ogletree. Ogletree was injured in a Week 4 win versus Arizona but still leads the team in tackles at 55. Out until December, he was placed on injured reserve-designated to return this week.

Long on talent up front, the Rams have stocked up through the draft and free agency since Fisher and defensive coordinator Greg Williams' arrival.

The defense currently ranks 10th in points allowed per game at 19.8 and 12th in yards per game at 351.2. Ranked better than the raw statistics show, the Rams are third in Adjusted Defensive NEP based on our algorithms.

The Rams have done enough on defense to keep the team in the game. It has been offense, specifically the aerial attack, that has been problematic.

Can Gurley Save the Offense?

The Rams offense is one of the worst in the NFL, ranking 31st in points per game at 18.0, and 31st in yard per game at 298.8. Acquired in an offseason trade that shipped former number one overall pick quarterback Sam Bradford to the Philadelphia Eagles, quarterback Nick Foles has been unable to revive the greatest show on turf.

Through six games, Foles has thrown for 200 passing yards just once and had just one game with more than one touchdown. Foles has been so bad that his -0.13 Passing NEP per drop back ranks last out of 32 quarterbacks with at least 100 pass plays on the season.

Fortunately for the Rams, it appears they may have found the next great NFL running back in 10th overall pick, Todd Gurley. Since returning from a torn ACL that caused him to miss the entire preseason and the first two weeks of the regular season, Gurley has been on a tear.

After playing limited snaps in his Week 3 return, Gurley has put the offense on his back. In the last three weeks, Gurley has averaged 6.4 yards per carry, averaged 144.3 rushing yards per game, and scored 2 touchdowns on the ground. Out of 42 running backs with at least 50 carries, Gurley ranks fourth with a Rushing NEP per carry at 0.12. The Rams are 2-1 when Gurley rushes for over 125 yards. A small sample size to be sure, but his impact on the offense is evident.

If the Rams can get more production from the passing game, the offense should improve on the early-season struggles with Gurley as the focal point.

The defense is one of the best in the league and the offense is much improved with Gurley, but the Rams still face an uphill battle. Pending a late season meltdown, the NFC South is likely to send both the Falcons and Panthers to the playoffs, leaving just one wild card spot available. In their own division the Seahawks arenâ€™t going away and should make a strong push as well.

Gurley and the defense will do their part, but the Rams need better quarterback play from Foles. To remain in playoff contention, the Rams have to get more from their offense and capitalize on a favorable schedule.

The Rams definitely can make the playoffs, but whether they will make the necessary improvements remains to be seen.