Carson Palmer Is a Top-Tier Quarterback In Fantasy Football 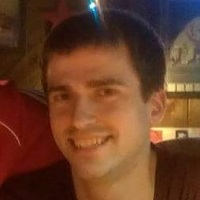 Nicholas Niel  —  @NSquared31 Jul 18th, 2016
Share on Facebook Share on Twitter
While not often discussed as a top fantasy quarterback, Carson Palmer has proven that he is one. What makes him such a good value pick?

The same debate continues to take place year after year as football fans argue over which players are the best real-life quarterbacks in the NFL. Tom Brady, Aaron Rodgers, Ben Roethlisberger, and Drew Brees are the usual suspects, with Russell Wilson and Cam Newton grabbing a seat at the table in recent years.

This debate continues to drive up the price of drafting these quarterbacks when it comes to fantasy football. A knowledgeable fantasy football player can take advantage of this situation by selecting a player who is often left out of this conversation but can produce fantasy numbers that are comparable to the quarterbacks being drafted in earlier rounds.

According to fantasyfootballcalculator.com, Palmer is currently the ninth quarterback off the board, being drafted at the end of the seventh round in standard, 12-team leagues. That doesn't line up with the way he played last season.

To put his 2015 success into perspective, let's compare Palmer to the eight quarterbacks being drafted ahead of him using our advanced metrics, specifically Passing Net Expected Points (NEP) and Passing NEP per drop back.

The rankings below include quarterbacks with at least 300 drop backs in 2015. Palmer ranked first in Passing NEP and second in Passing NEP per drop back (Andy Dalton was first, in case you were curious). Wilson, Roethlisberger, Brees, and Brady had comparable advanced metrics to Palmer, but they are being taken a full one to two rounds ahead of him.

Not only is Palmer a very good player, but the opportunity cost of waiting to take him makes the Arizona quarterback even more attractive. If you snag one of the signal callers with an ADP ahead of Palmer, you're likely missing out on the chance to draft a quality running back or receiver, the two most important positions in fantasy.

Our own Brandon Gdula recently wrote a piece on last season's quarterback consistency. His analysis showed that only Brady and Palmer had a weekly floor higher than 16 points. Palmer may not have the highest ceiling in comparison to the other quarterbacks, but his week-to-week consistency compensates for that.

To further analyze Palmer's consistency, let's look at his 2015 weekly statistics -- per fftoday.com -- and compares those to Brees' numbers.

Over the course of the 2015 season, Brees had a slightly higher weekly scoring average than Palmer (25.7 versus 24.8), but this simple analysis does not give us the entire picture as Brees had a lower weekly average quarterback rank of 12.1 to Palmer's 10.6.

Brees had five instances when he did not finish as a top-12 quarterback while Palmer had four such weeks. However, in comparing the average of those instances, Palmer averaged over four more points per game (21.0 versus 16.6) when finishing outside of the QB1 cutoff.

Palmer has arguably the best weapons of any quarterback in the NFL. Of wide receivers with at least 75 targets in 2015, both John Brown and Michael Floyd ranked in the top eight in Reception NEP per target. This is to say that Brown and Floyd were extremely efficient with the targets they received last season. While less efficient on a per-target basis, Larry Fitzgerald still produced solid season long numbers as he ranked 14th among wide receivers with at least 100 targets in 2015 in Reception NEP.

While that speaks to the talent of his receivers, having three wideouts in the top 14 in Reception NEP per target is also a testament to how well Palmer played last season.

The greatest unknown among Palmer's weapons in 2016 is running back David Johnson, who is currently being drafted as a top-10 pick. Many people are anticipating that he will be able to repeat his 2015 end-of-the-year performance, where he was just as big of a threat catching the ball as he was running it. Johnson ranked first in Reception NEP per target among running backs with at least 30 targets in 2015.


Palmer's 2015 numbers and 2016 outlook show that he belongs in the conversation as one of the first quarterbacks drafted. The cost of acquiring him is much less than the quarterbacks who put up similar numbers to him last year. The smart strategy is to let the earlier quarterbacks get drafted while you stock on up running backs and wide receivers. You can then select Palmer in a later round knowing that you have a quarterback that will provide the week-to-week consistency needed to compete in your fantasy league.

3 FanDuel Defenses to Target in Week 14