This is in spite of the fact that Chicago has officially been eliminated from playoff contention. Among other things, this means defensive lineman Akiem Hicks will not be shut down for the season. The Bears close the season with a home game against the Chiefs and a road game at Minnesota.

The Bears are 7-7 with a +3 point differential. 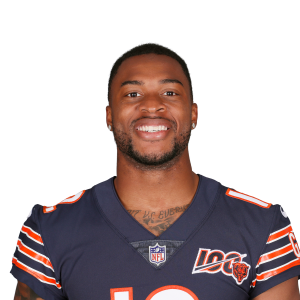 1 A. Robinson
All Stats