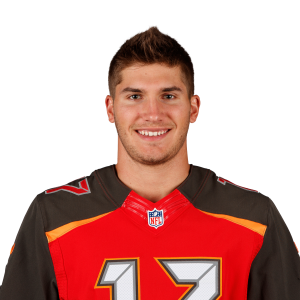 Watson also missed Monday's session as the Buccaneers manage their wideout's reps in preparation for Thursday's Week 5 game against the Chicago Bears. He tied for third on the team in wideout targets (6) this past Sunday with Chris Godwin (hamstring) out and finished with 40 yards on 4 catches. Watson has played 88.5 and 73.7 percent of the offensive snaps in the two games Godwin has missed, compared to 11 and 0 in the other two.

Watson is averaging 5.9 FanDuel points in two games without Godwin and he has a salary of $6,500 on Thursday's slate. Per numberFire's advanced metrics, the Bears have the sixth-worst rush defense in the league, so Tampa Bay may elect to pound the rock more. Chicago ranks 10th against the pass.