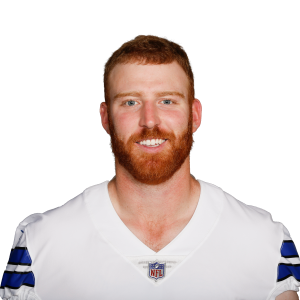 Andy Dalton (concussion) has been placed on the reserve/COVID-19 list and will miss a second straight game, but the Cowboys are considering pivoting to Rush after seventh-round rookie Ben DiNucci struggled in his first start Sunday night. Rush spent the previous three seasons backing up Dak Prescott after going undrafted in 2017. He hopped on with ex-Cowboys coach Jason Garrett and the New York Giants over the summer before being cut before the season. Rush then rejoined the Cowboys after Dalton suffered a concussion in Week 7. The 26-year-old has thrown three passes in his career.

DiNucci ranks last in Passing Net Expected Points per dropback out of every quarterback to make a start this season. Rush averaged 9.2 yards of depth per target during the 2019 preseason and earned a 73.7 passing grade from Pro Football Focus. The Steelers are allowing 17.0 FanDuel points per game to opposing quarterbacks this year.