The Tennessee Titans selected wide receiver Treylon Burks with the No. 18 pick in the 2022 NFL Draft.

The Titans chose Burks with the pick they acquired from the Philadelphia Eagles in the A.J. Brown trade. Burks played 68% of his snaps in the slot for Arkansas in 2021, but he has a big frame (6'2", 225) and also contributed downfield. After earning first-team All-SEC honors as a true junior last year, Burks should see targets immediately for a Titans' offense that only has Robert Woods as a proven pass-catcher.

According to PlayerProfiler, Burks rates in at least the 90th percentile in both college target share (31.3%) and college dominator rating (45.9%). He's also in the 76th percentile in yards per catch (16.8) and the 80th percentile for speed score. numberFire's Brandon Gdula’s initial projections for Burks include 75 catches, 969 yards, and 6.0 touchdowns, making him the PPR WR29 for the season. 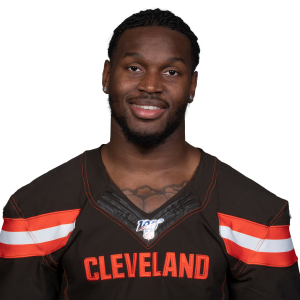