Tennessee Titans running back Derrick Henry (rest) did not practice on Thursday.

Henry was listed as limited on Wednesday and the Titans decided to give him a breather a day later, but there isn't any concern about his status for Week 9 against the Kansas City Chiefs. Ryan Tannehill (ankle) also didn't practice on Thursday, so Henry might be in line for another larger-than-normal workload if Malik Willis makes his second career start. However, the Titans are 12.5-point underdogs and may not be able to pound the rock like they did last week versus the Houston Texans.

Henry is numberFire's top-rated running back in Week 9 and our models project him for 18.7 FanDuel points with 22.5 carries for 108.6 rush yards and 2.6 receptions for 23.8 yards. The Chiefs have the No. 21 run defense in our adjusted team metrics. 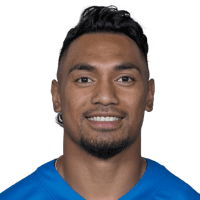